The words for precious and semiprecious stones evoke images of opulence, splendor, and luxury

Historically, people have thought of precious stones as the ultimate prize. The article explains why some gemstones are regarded as more valuable than others. Learn the distinction between precious and semiprecious stones, see stunning samples, and get the lowdown on all your burning questions.

In what ways do rare stones vary from common ones? How can you recognize a valuable stone, and how many are out there? Instructions for purchasing and safely storing jewelry made from precious and semiprecious stones.

Precious Gemstones?
A precious gemstone is an item with brilliant radiance and mystical air. The mere term “precious stone” conjures up visions of the rarest and most exquisite treasure, usually in vivid green, crimson, or blue. Precious stones have been considered more valuable than gold and money by writers throughout history and modern times. Four diamonds are considered special (diamond, emerald, ruby, and sapphire). Sometimes, other gems such as jadeite and pearls are included.

Semi-Precious Gemstones?
Even though a stone is considered semiprecious, it doesn’t make it any less stunning or valuable. It’s no secret that the price of a semiprecious stone may rival or even exceed that of a precious one. This is a significant factor in the decline in the usage of the precious/semiprecious distinction in recent years. The common understanding was that any gemstone save precious ones might be considered a semiprecious stone (diamond, ruby, sapphire, and emerald). Topazes, tourmalines, garnets, alexandrite, amethyst, peridot, and many more ranks among the most sought-after gemstones.

Transparency was the primary characteristic that set valuable stones apart from semi-precious ones. Semi-precious minerals, such as those found in mineral aggregates and rocks, may still be used for cutting, shaping, and ornamentation while opaque or only partially transparent. 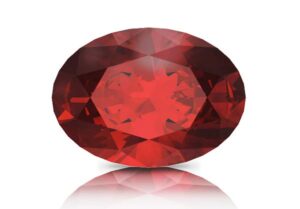 Ruby Gemstone or “Manikya” The gemstone of Lord Sun, Ruby gemstone is a stunning stone that is famous for its deep red color. The stone signifies ambition, authority, dignity, and boldness.

END_OF_DOCUMENT_TOKEN_TO_BE_REPLACED 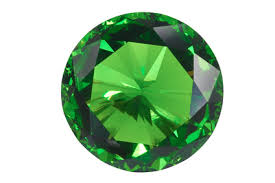 Emerald has many special qualities, but colored stone professionals generally agree that emeralds are, most of all, about color. Emerald has been the standard for green among colored stones for…

END_OF_DOCUMENT_TOKEN_TO_BE_REPLACED 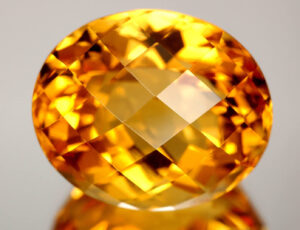 As the birthstone for November, Citrine will certainly be in high demand this coming month. A member of the quartz family, the stone comes in a range of colors from…

END_OF_DOCUMENT_TOKEN_TO_BE_REPLACED 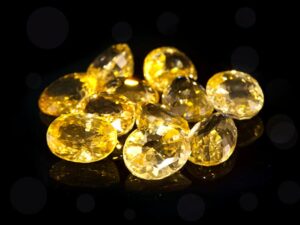 Yellow sapphire is a designer favorite, often adorned to jewelry that captures its cool yellow color. The bright and lively gemstone is available in various sizes and shapes and looks…